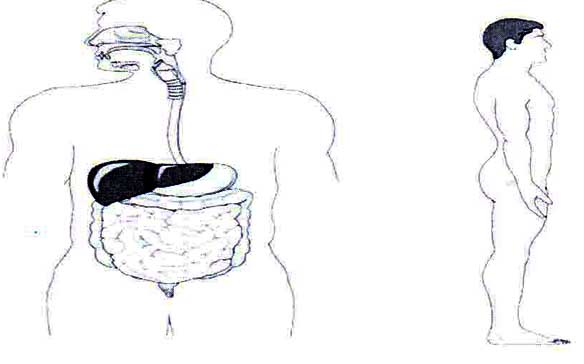 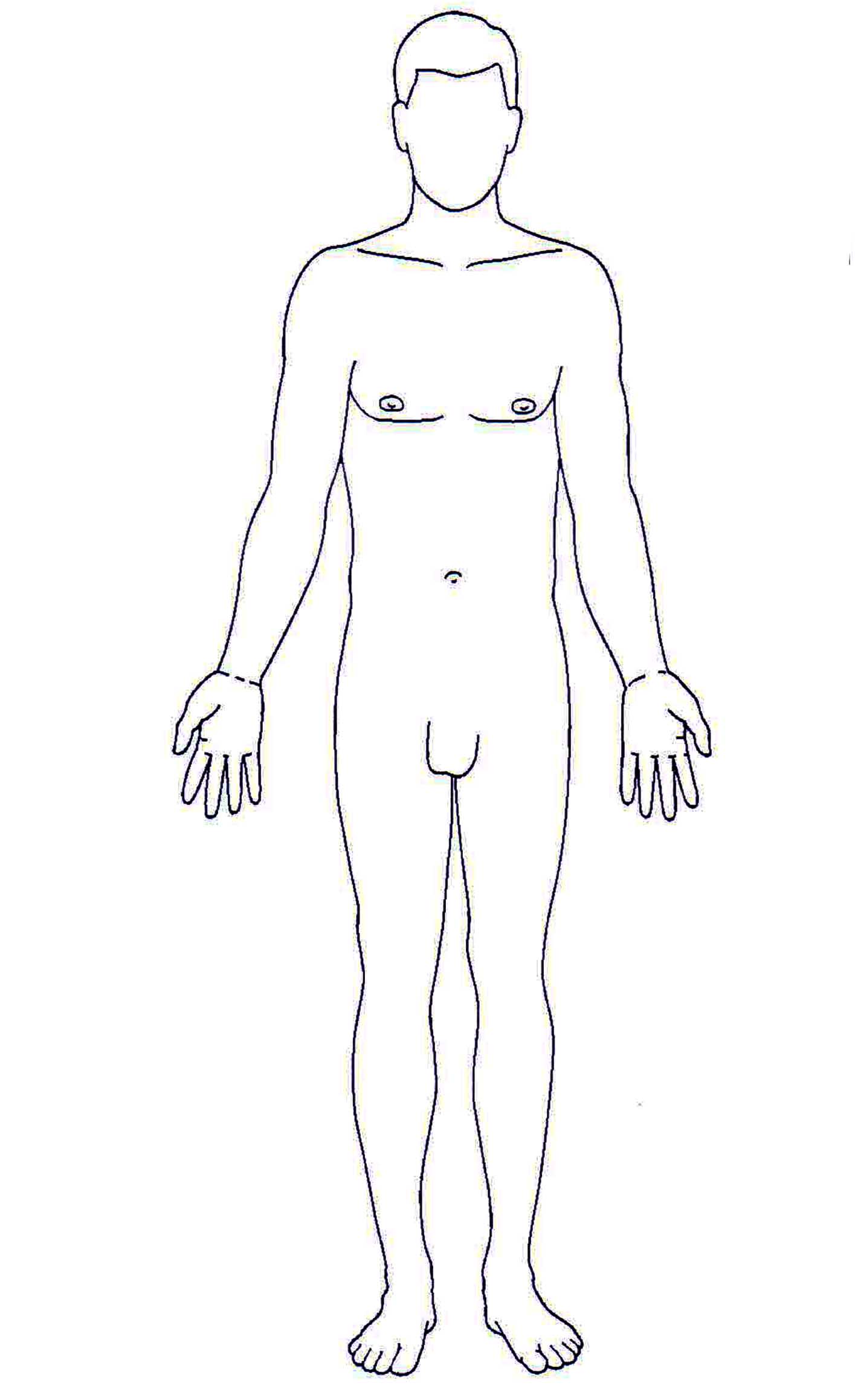 Definition: Standing erect with arms down at the sides, palms facing forward. “Right” and “left” refer to the patient’s right and left. 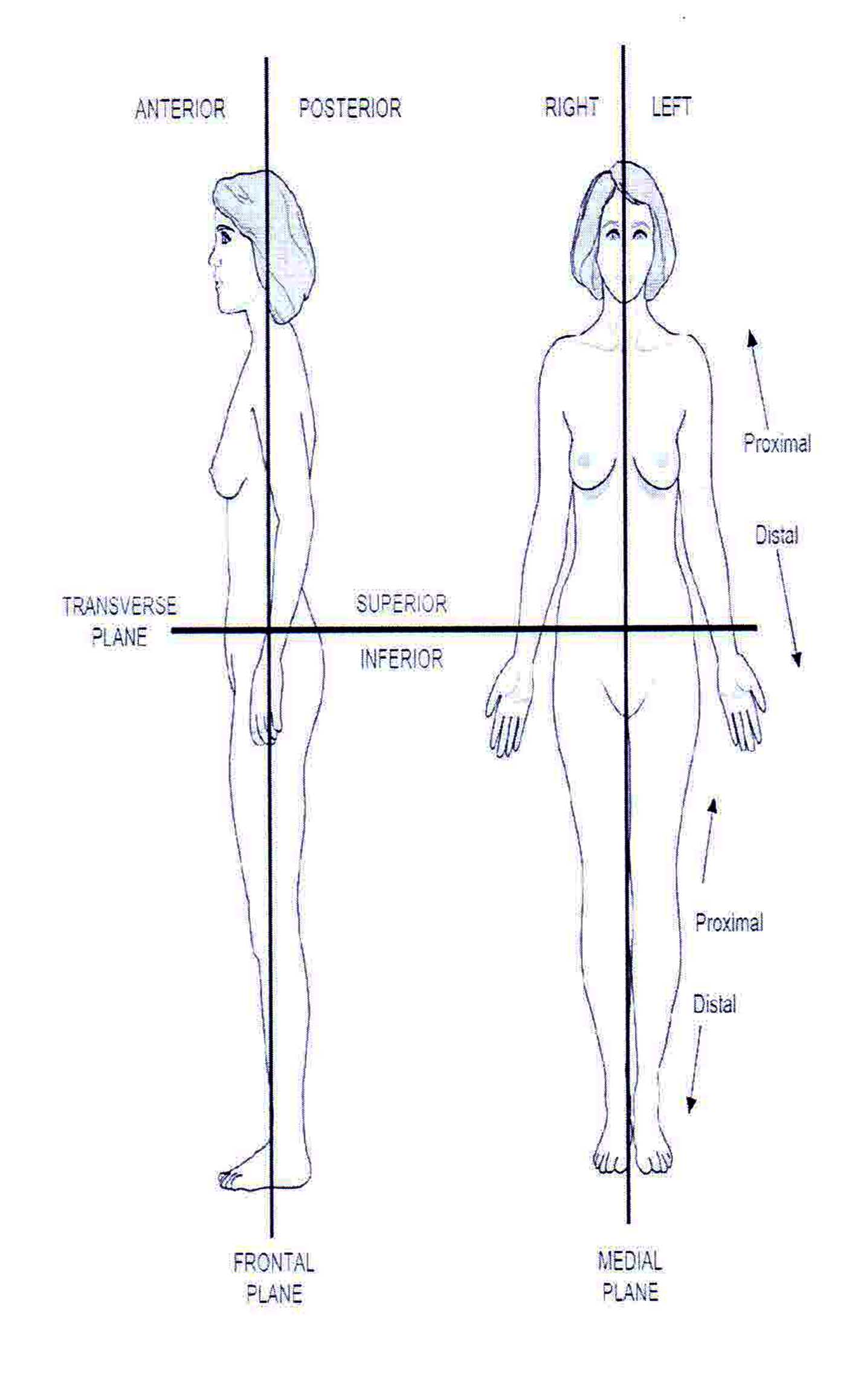 The median airplane also called a mid-sagittal atmosphere plane could be utilized to describe the Sagittal airplane as it bisects your human anatomy upright by utilizing the midline labeled by the navel, dividing the body completely in left and side that’s right.

The transverse plane (also referred to as the horizontal plane, axial plane, or trans-axial plane) is an imaginary plane that divides the body into superior and inferior parts.

The coronal plane ( frontal plane) seen in (vertical) divides the human body into dorsal and ventral (back and front, or posterior and anterior) segments. 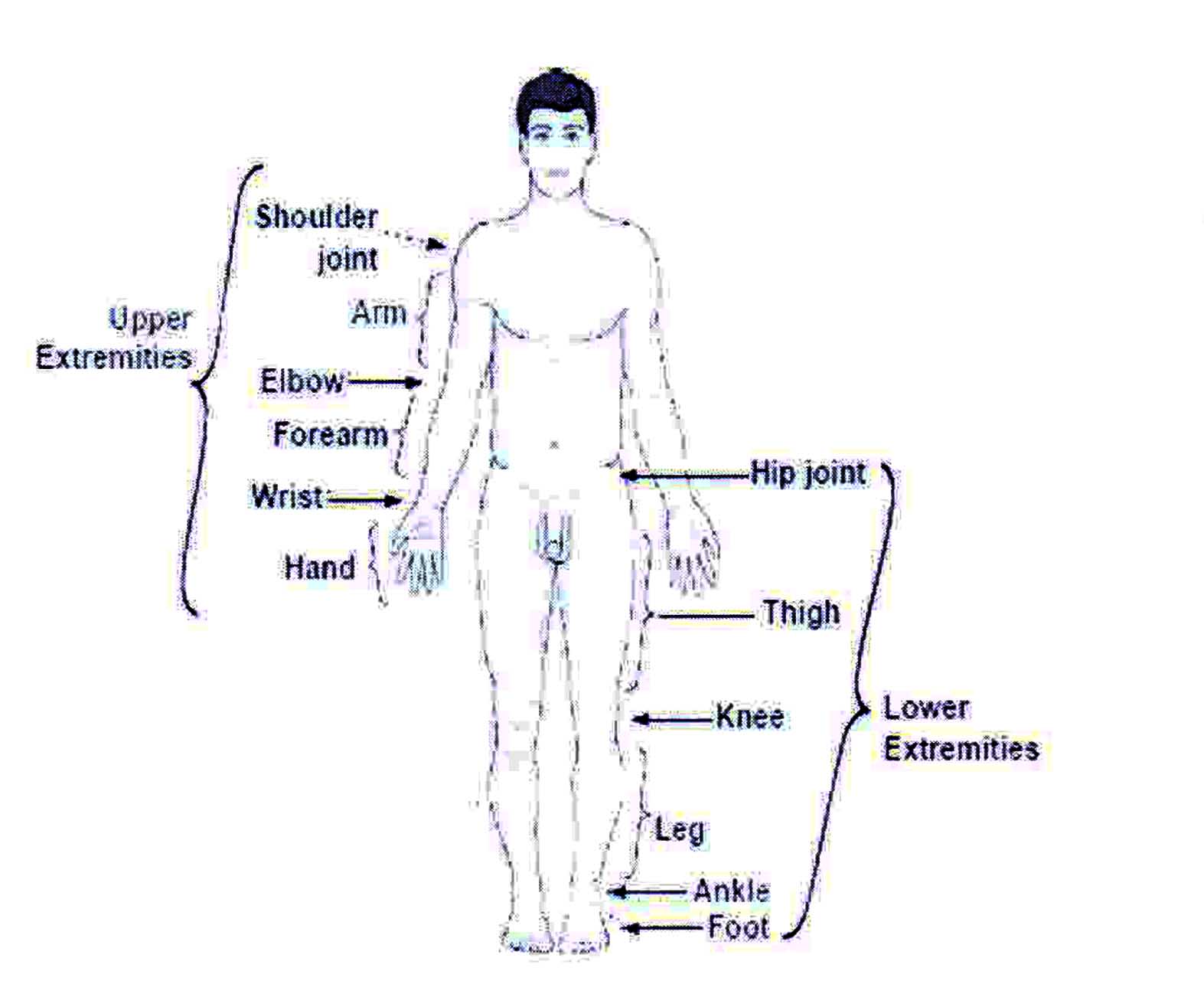 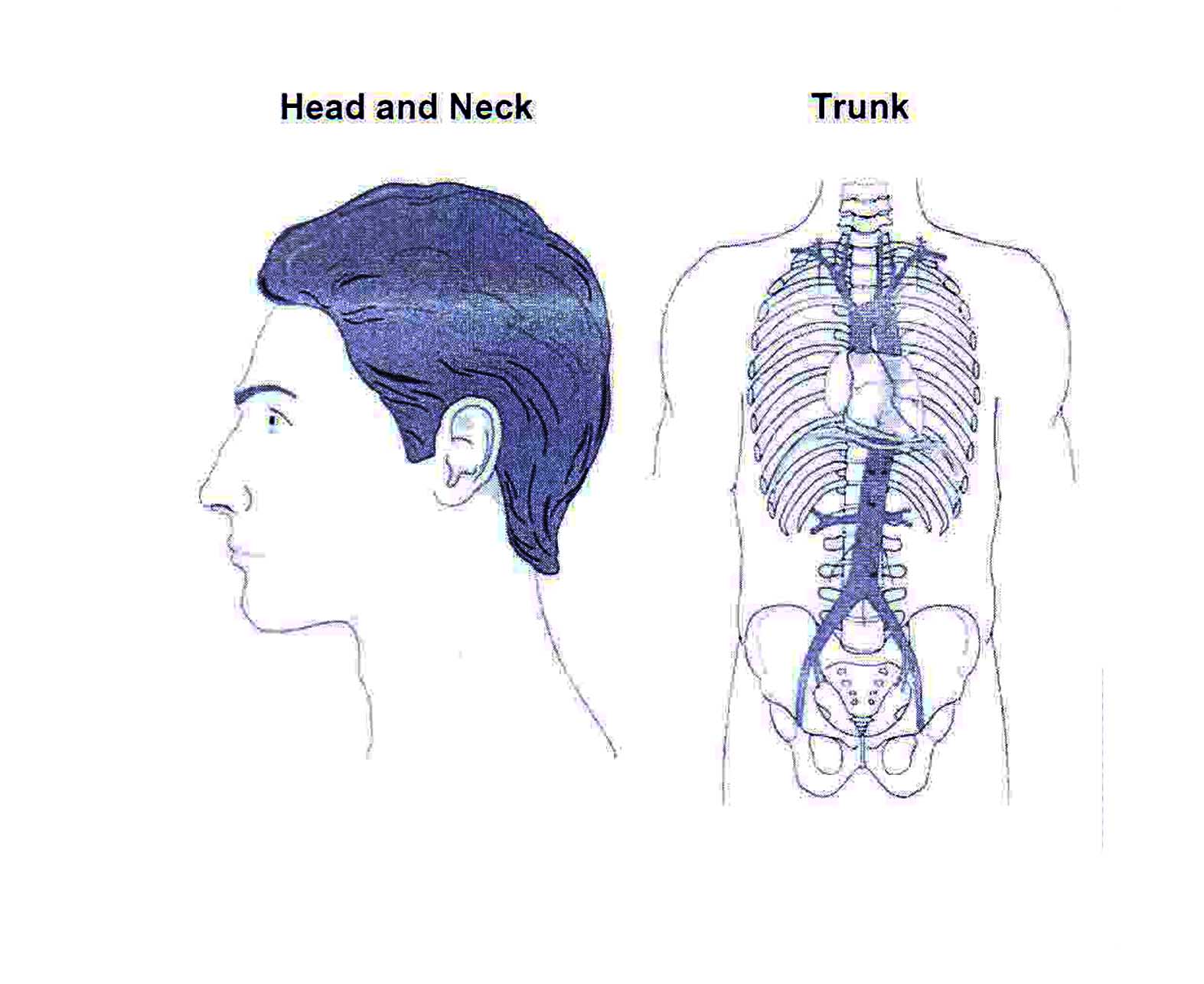 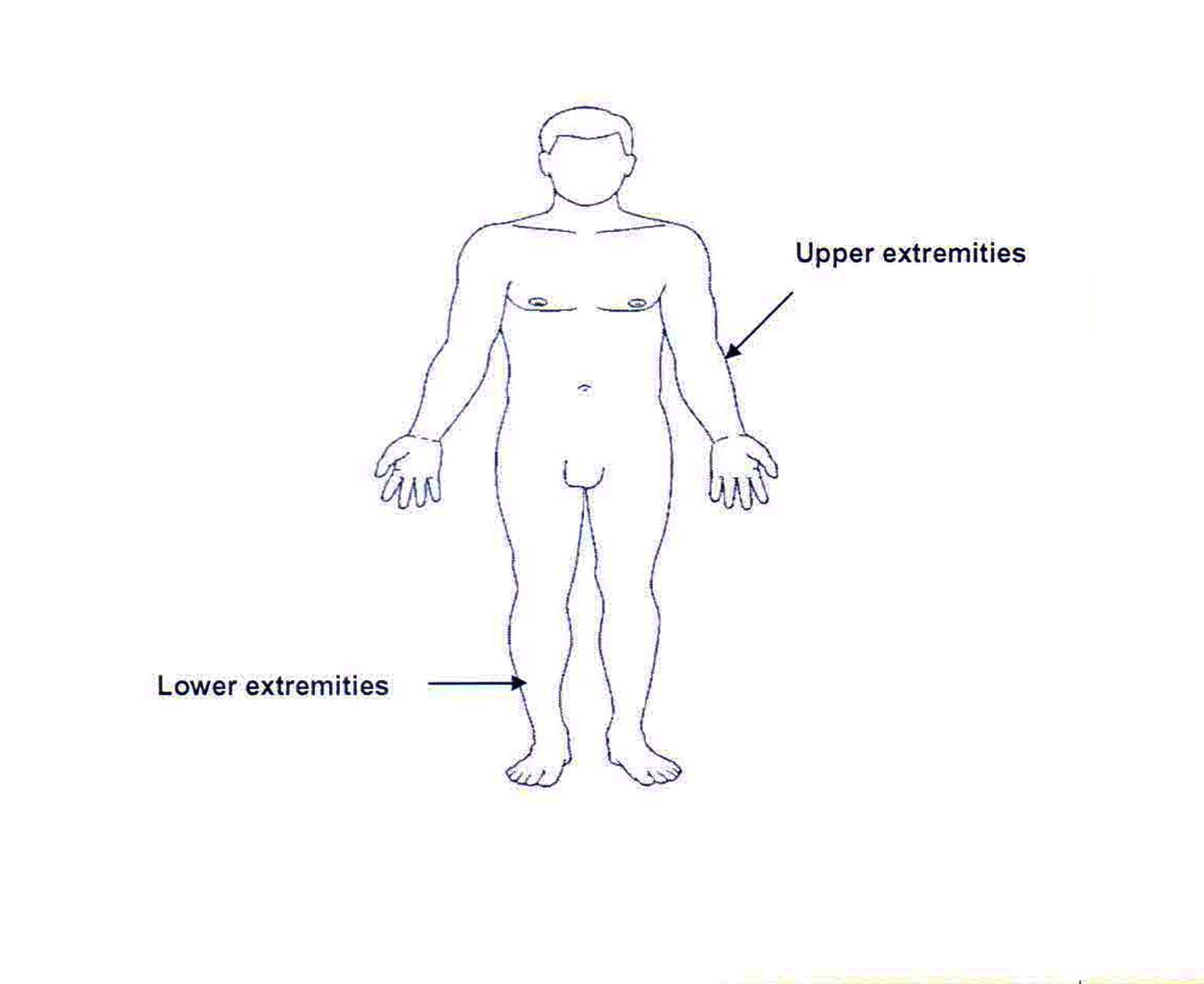 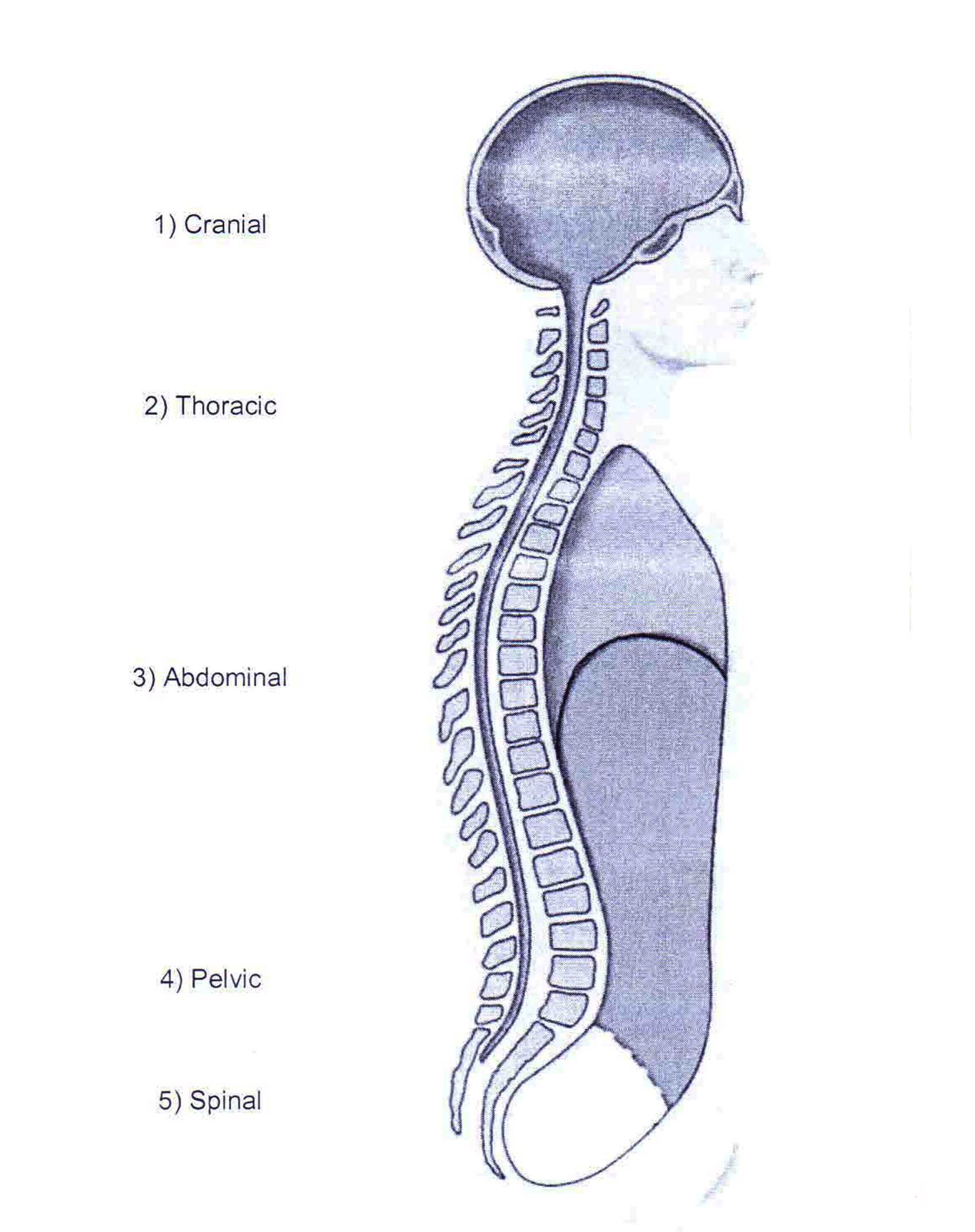 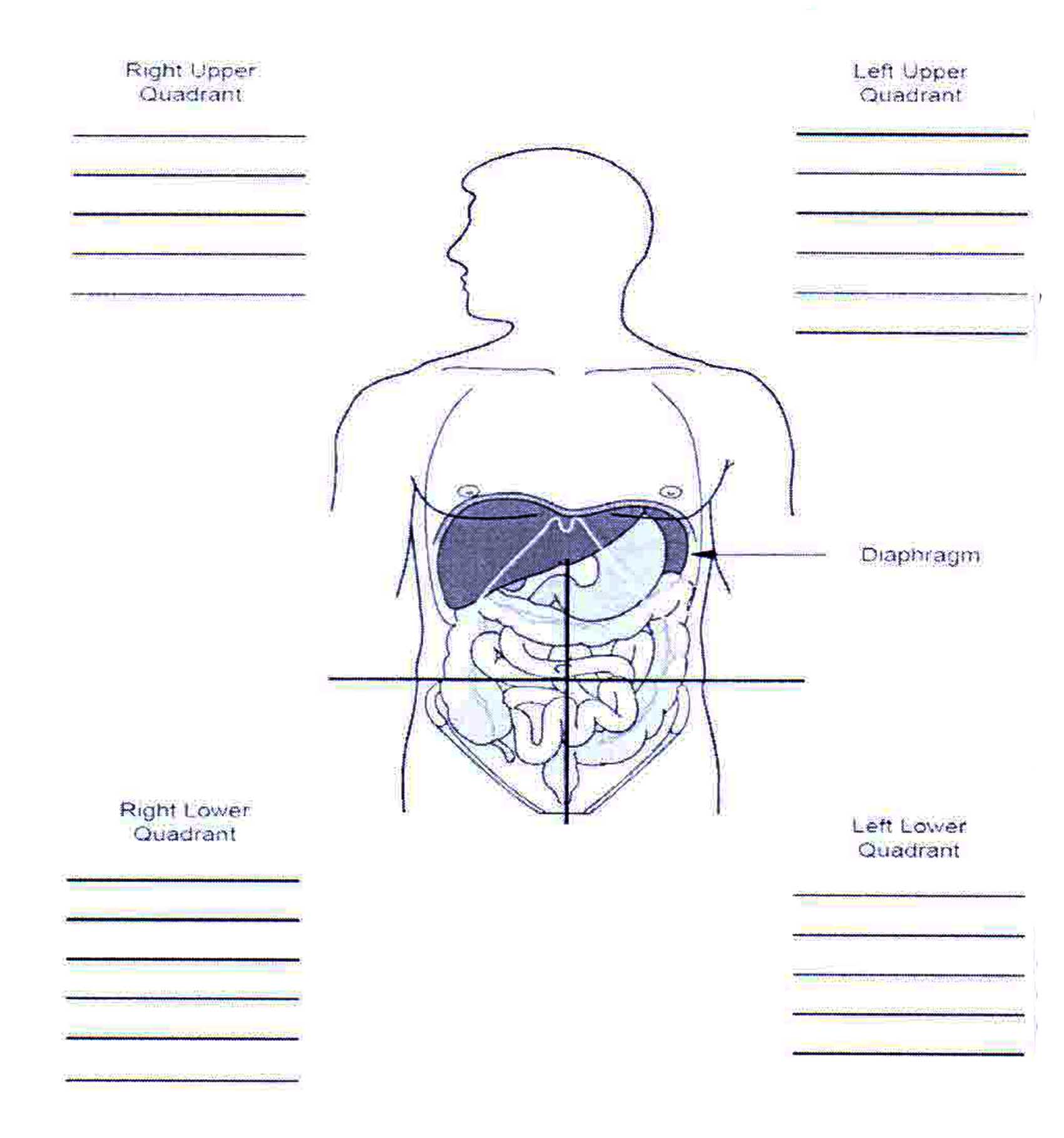 Organs in the midline area:

Organs in the mid-line area are lined with a membrane and include the stomach, lower part of the esophagus, small and large intestinal tracts (except sigmoid and rectum), spleen, liver, gallbladder, pancreas, adrenal glands, kidneys, and ureters.

The solid organs include the liver, adrenals, pancreas, spleen, kidneys, ovaries, and uterus.

The left kidney is situated slightly more superior than the right kidney because of the larger size of the liver on the right side of the human body.

The function of the respiratory system is to deliver oxygen to the body and to remove carbon dioxide from the body. Air passing into and out of the lungs is known as respiration. Breathing in is called inspiration or inhaling and breathing out is called expiration or exhaling. While breathing or during the process of inspiration, the muscles of the thorax contract, moving the ribs outward and up. 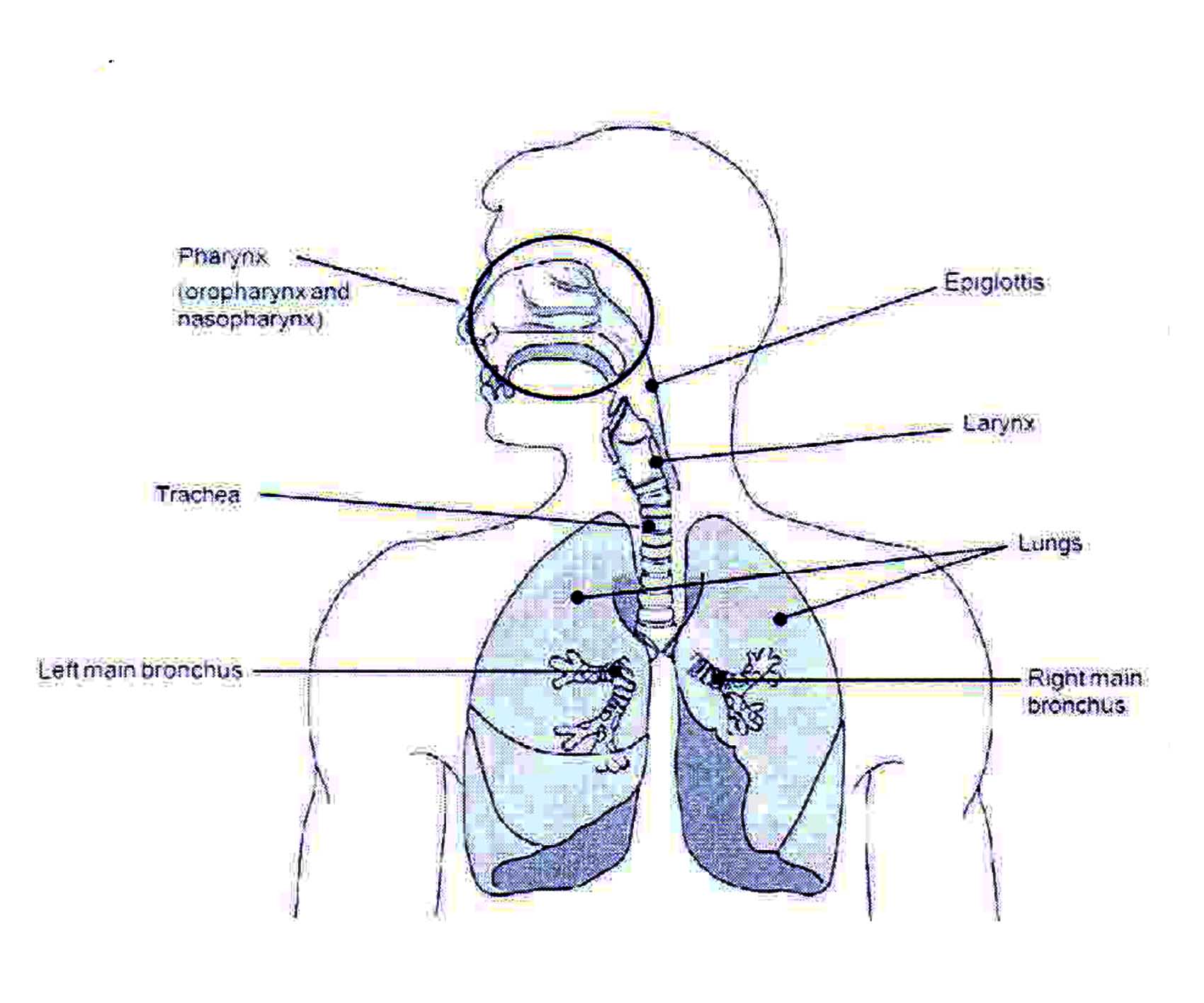 The diaphragm contracts and lowers. This process expands the chest cavity and causes air to flow into the lungs. During exhalation, the opposite occurs. The muscles of the chest relax and cause the ribs to move inward. At this time, the diaphragm relaxes and moves up.

The respiratory system is made up of the organs that allow us to breathe. Air enters in through the nose and the mouth. The area behind the mouth and nose is called the pharynx which is divided into the oropharynx and the nasopharynx (windpipe). The trachea is the air passageway to the lungs. The epiglottis is a leaf-shaped structure that keeps foreign objects from entering the trachea during the swallowing process. The trachea splits into two bronchi. These air passages become smaller and smaller until they reach the alveoli, where carbon dioxide and oxygen are exchanged with the blood. 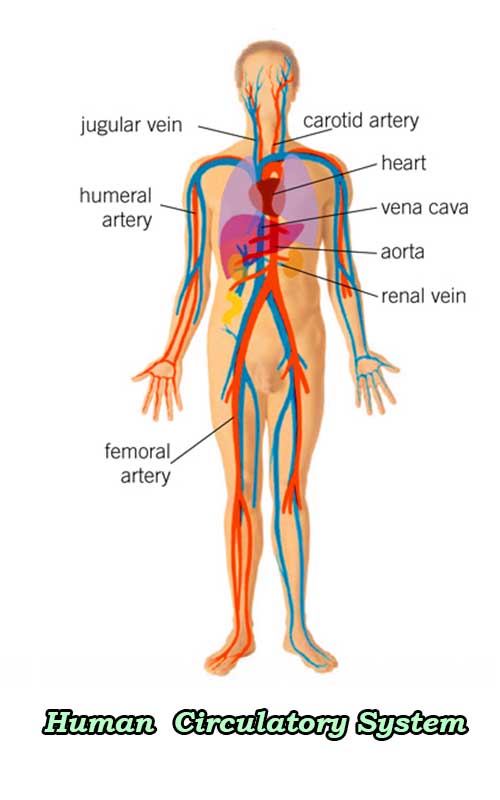 The cardiovascular system consists of the and.  The heart is a muscular organ, approximately the size of a fist, and is located in the thoracic cavity behind the sternum and between the lungs. The coronary arteries are special arteries that supply blood to the heart muscles themselves. The function of the respiratory system is to deliver oxygen to the body and to remove carbon dioxide from the body. Air passing into and out of the lungs is known as respiration.

Breathing in is called inspiration or inhaling and breathing out is called expiration or exhaling. While breathing or during the process of inspiration, the muscles of the thorax contract, moving the ribs outward and up. The diaphragm contracts and lowers. This process expands the chest cavity and causes air to flow into the lungs. During exhalation, the opposite occurs. The muscles of the chest relax and cause the ribs to move inward.

A system of one-way valves keeps the blood flowing in the right direction and prevents it from flowing backward. 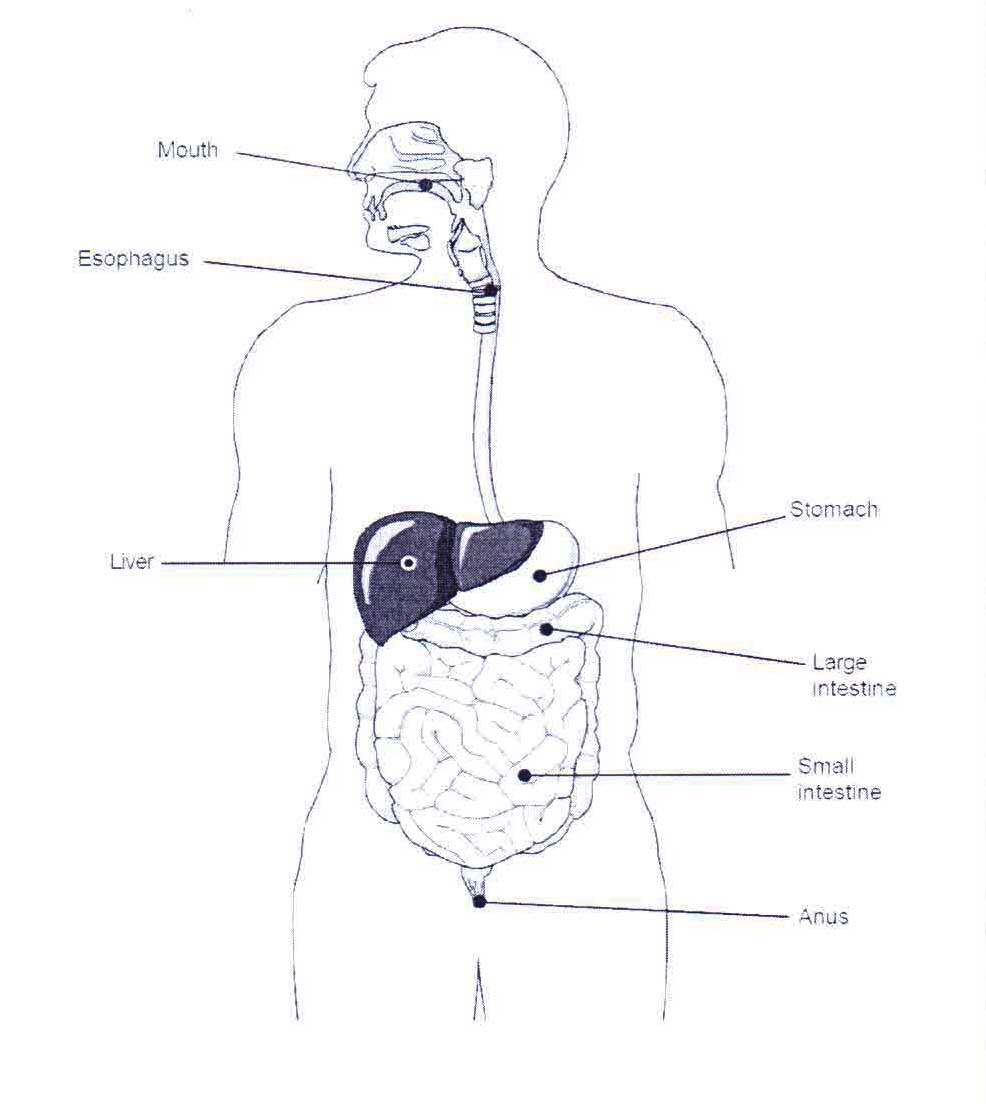 The system that is digestive of the alimentary tract (meals passageway) and extra organs. The primary function of the digestive system is to consume food and get rid of waste. Digestion is composed of two procedures: mechanical and chemical. The mechanical process includes chewing, swallowing, the rhythmic movement of matter through the tract, and defecation (the
elimination of waste). The chemical process consists of breaking down food into simple components that can be absorbed and used by the body.
Excluding the mouth and the esophagus, the organs of the digestive system are in the abdomen. These organs include the stomach, pancreas, liver, gallbladder, small intestine, and large intestine. 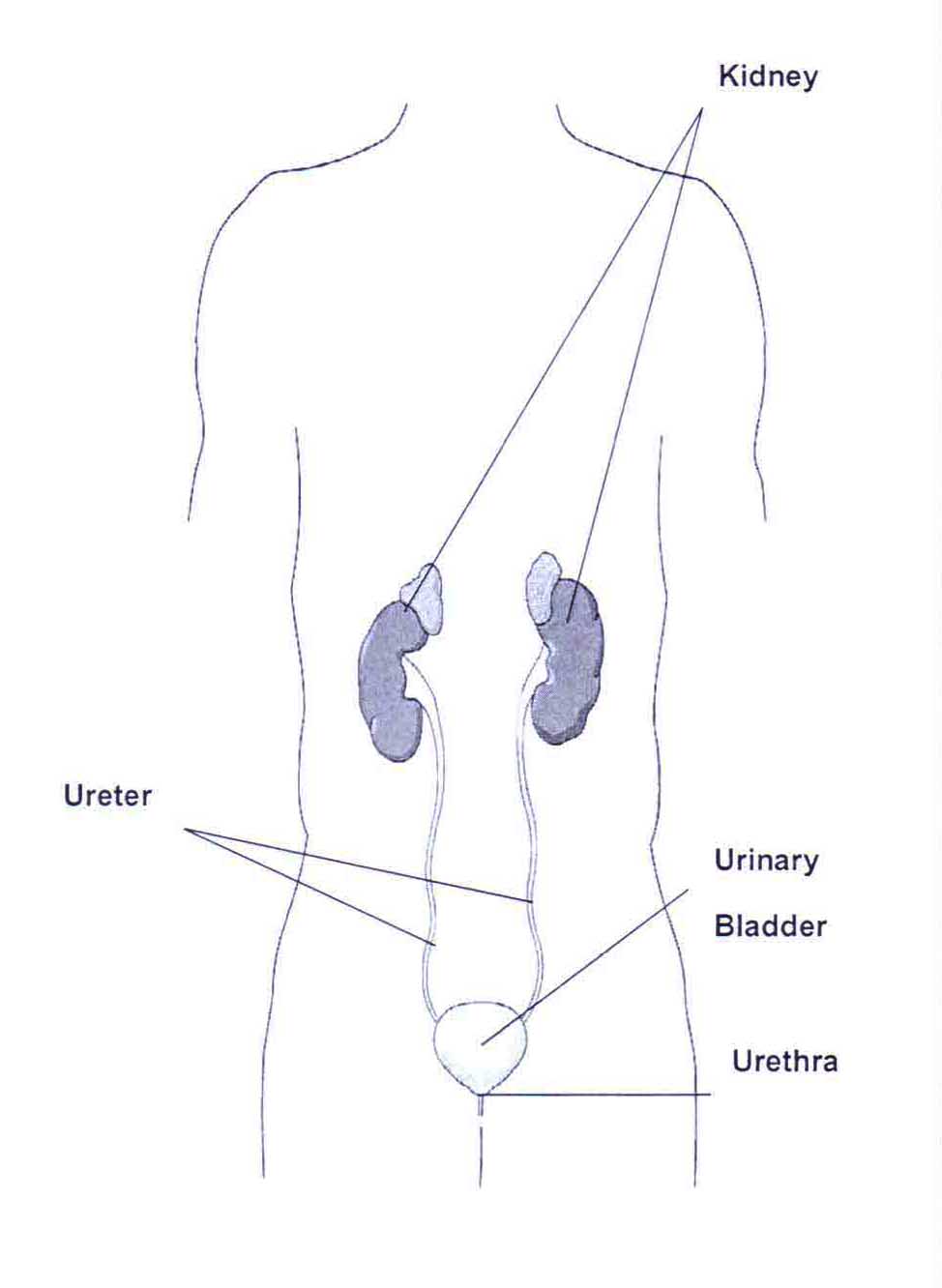 The system is urinary and excretes waste from the body. It is comprised of two kidneys and two ureters, one urinary bladder, and one urethra. The ureters simply take urine through the kidneys to the part that is next of system-the bladder. The bladder stores urine until it passed away through the urethra and is excreted through your body. 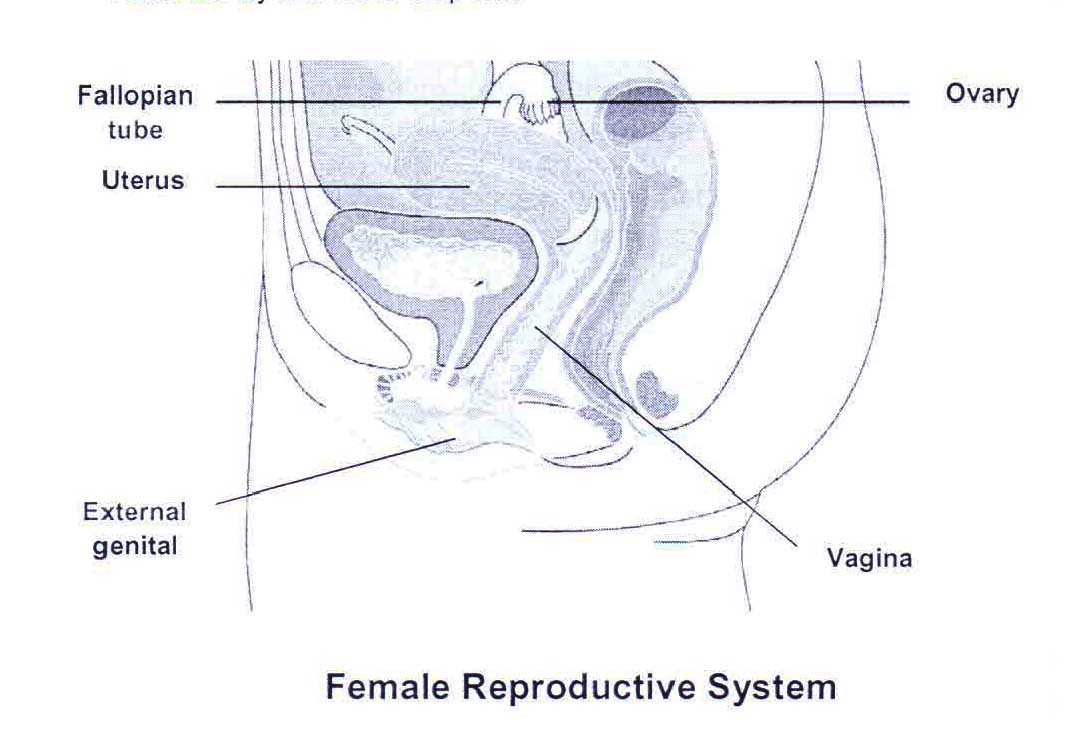 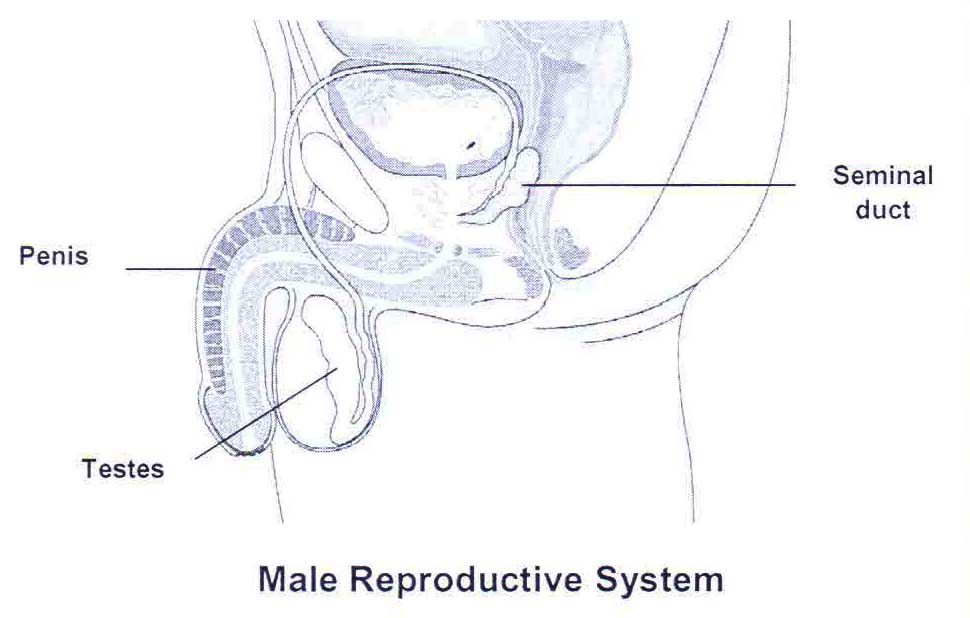 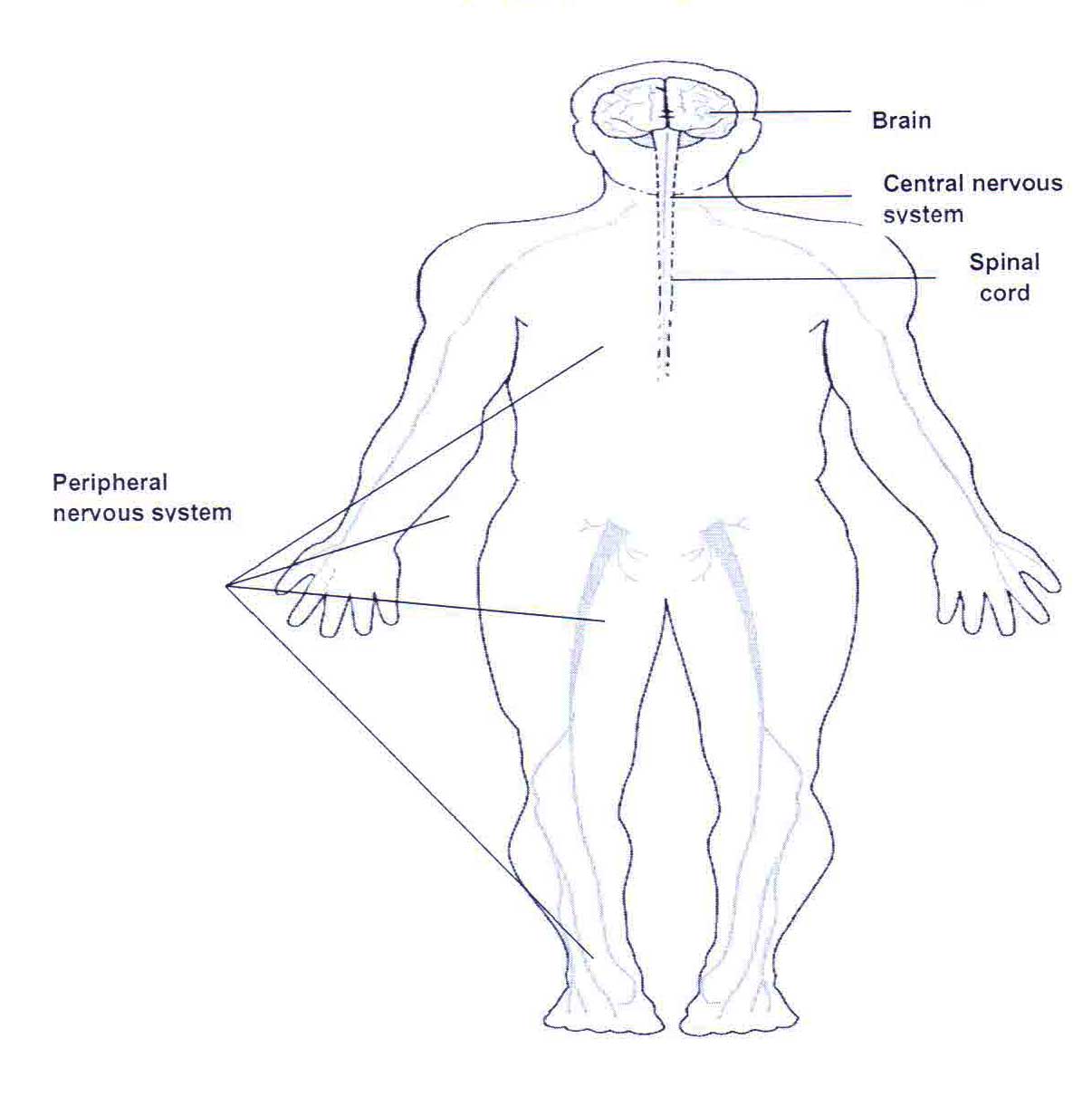 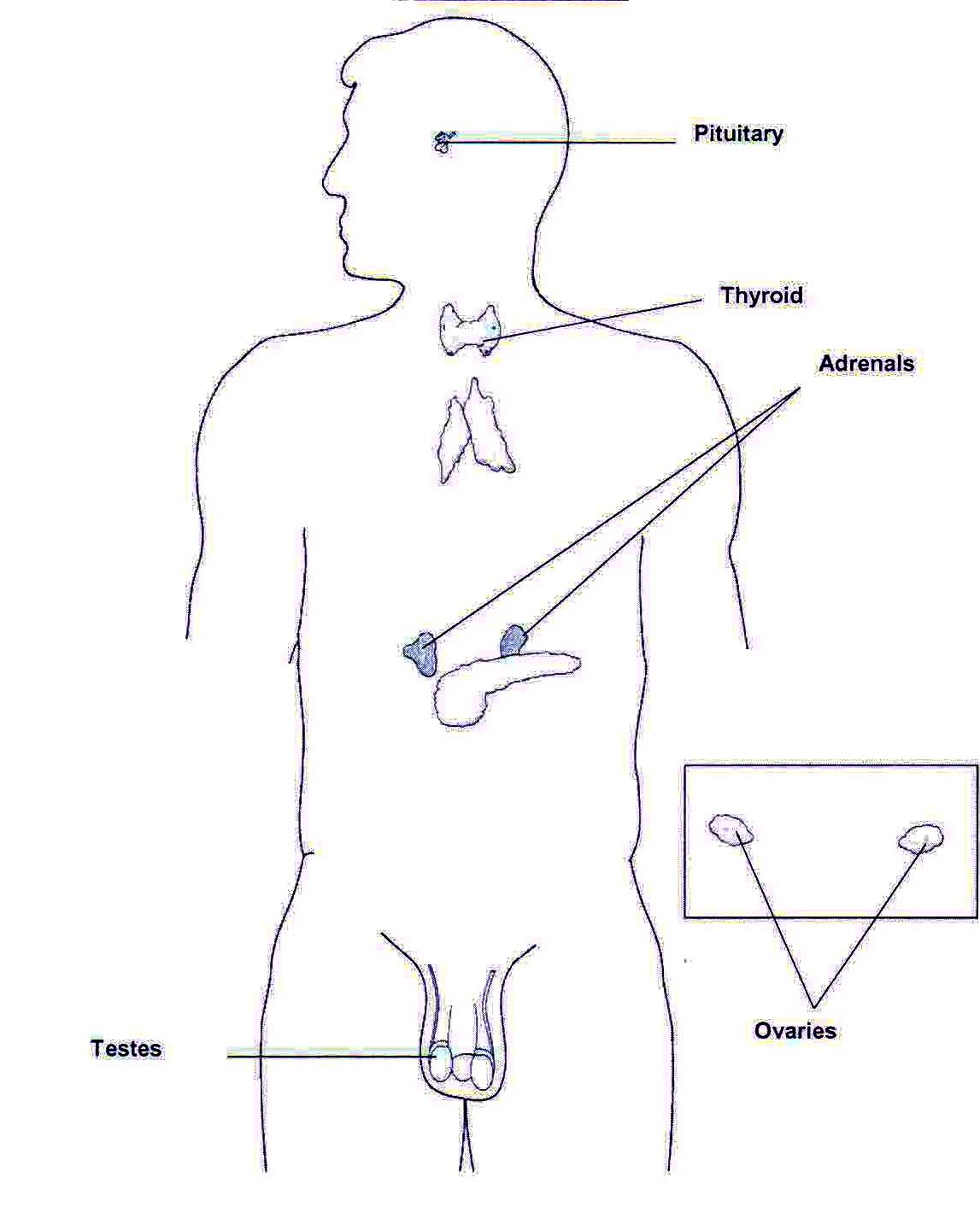 The endocrine glands regulate the body by secreting hormones directly into the bloodstream. These glands affect physical strength, mental ability, stature, reproduction, hair growth, voice pitch, and behavior. The secretions from these tiny glands can affect how people think, act and feel. Each gland produces one or more hormones. Some of the glands in the endocrine system are the thyroid, parathyroids, adrenals, ovaries, testes, and pituitary.

The musculoskeletal system is made up of the skeleton and muscles. This system helps to give the body shape and to protect internal organs. Muscles also provide for movement.
The skeleton shapes the human body with its bony framework. The bone consists of living cells and nonliving matter. The nonliving matter contains calcium compounds that help make the bone hard and rigid. Without bones, the body would collapse. The skeleton is
held together mainly by ligaments, tendons, and layers of muscle.
The three kinds of joints are immovable like the skull, slightly movable like the spine, and freely movable like the elbow or the knee.

Major areas of the skeleton

The skull has several broad, flat bones that form a hollow shell. The top, including the forehead, back, and sides of this shell make up the cranium.
The spine houses and protects the cord that is spinal. The spinal column is the main supportive structure that is bony of the body and consists of 33 bones called vertebrae. The spine is divided into five major sections: the cervical spine, the thoracic spine, the lumbar spine, the sacrum, and the coccyx.

The thorax, or rib cage, protects the heart and lungs – vital organs of the body. They are enclosed by 12 pairs of ribs and are attached at the back to the spine. The top 10 pairs are also attached in the front to the sternum, or breastbone. The lowest portion of the sternum is called the xiphoid process.
The pelvis, or hip bones, consists of the ilium, pubis, and ischium. Iliac crests from the “wings” of the pelvis. The pubis is the anterior portion of the pelvis. The ischium is the posterior portion. The shoulder girdle consists of the clavicle (collar bone) and the scapulae (shoulder blades).
The upper extremities extend from the shoulders to the fingertips. The arm (shoulder to elbow) has one bone known as the humerus. The bones in the forearm (elbow to wrist) are the radius and the ulna.
The lower extremities extend from the hips to the toes. The bone in the thigh, or upper leg, is known as the femur. The bones in the lower leg (knee to ankle) are the tibia and fibula. The kneecap is called the patella.

Major Areas of the Skeleton 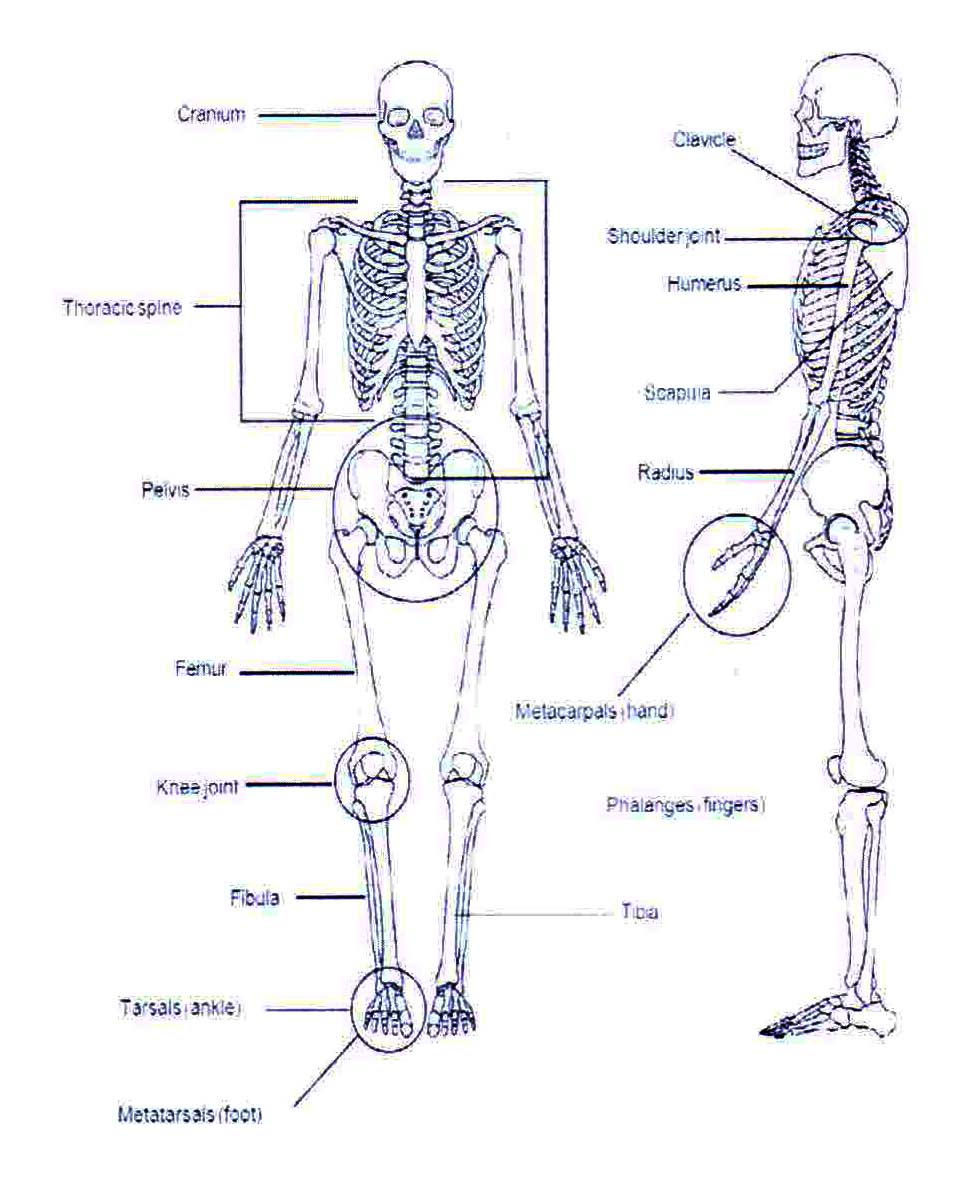 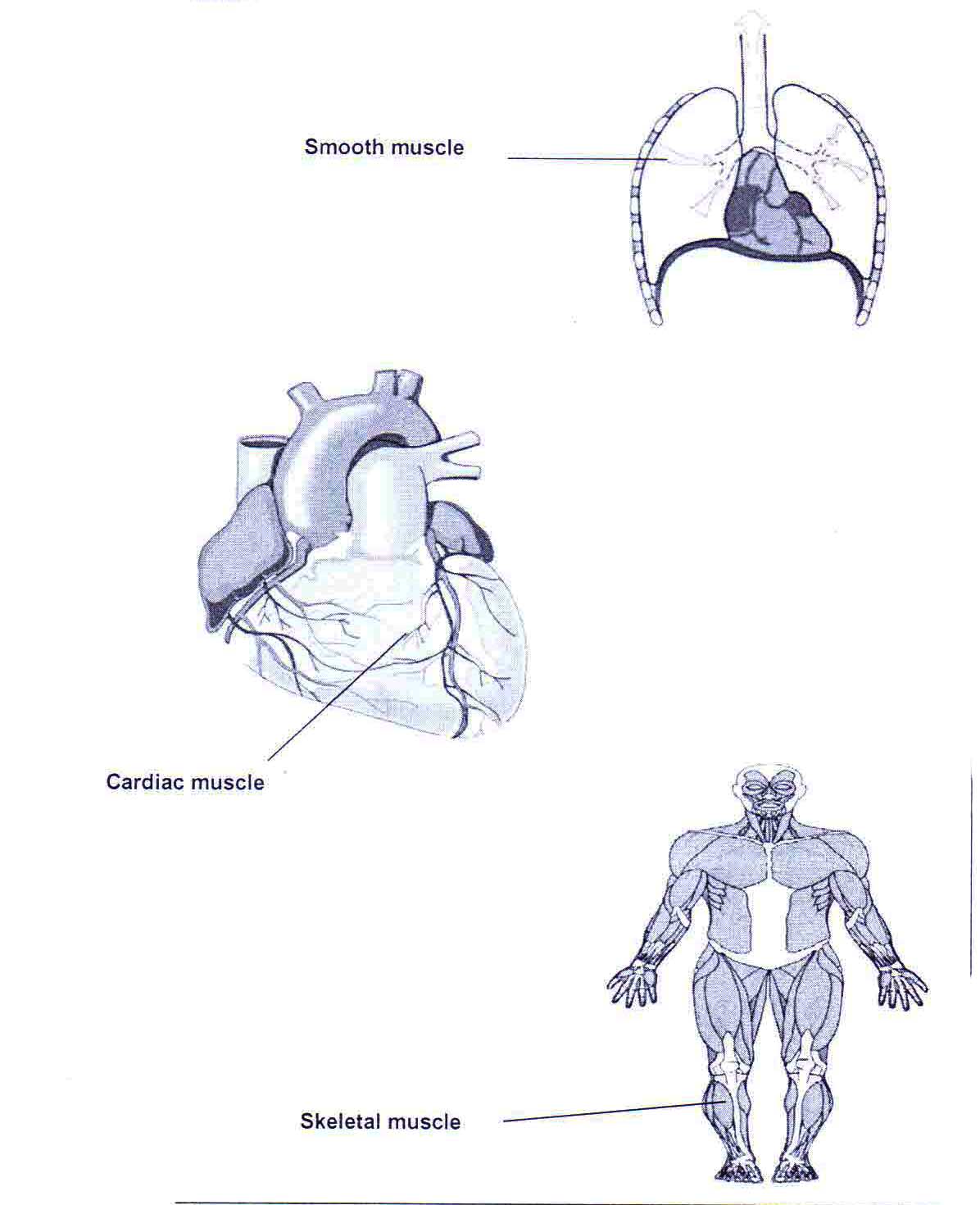 Skeletal muscle, or voluntary muscle, makes possible all deliberate acts like walking and chewing.
Smooth muscle, or involuntary muscle, is made of longer fibers and is located in the walls of tubelike organs, ducts, and blood vessels and forms much of the intestinal wall. A person has little or no control over this type of muscle.
Cardiac muscle makes up the walls of the heart. This muscle can stimulate itself into contraction, even when disconnected from the
brain.

The skin protects the body from the world that is outside. It also protects the deep cells from injury, drying out, and invasion by germs and other bodies that are foreign. The skin also helps to regulate the human anatomy temperature, aids in eliminating water and salts that are various, and helps to avoid dehydration. The skin also acts as the receptor organ for touch, discomfort, heat, and cool. 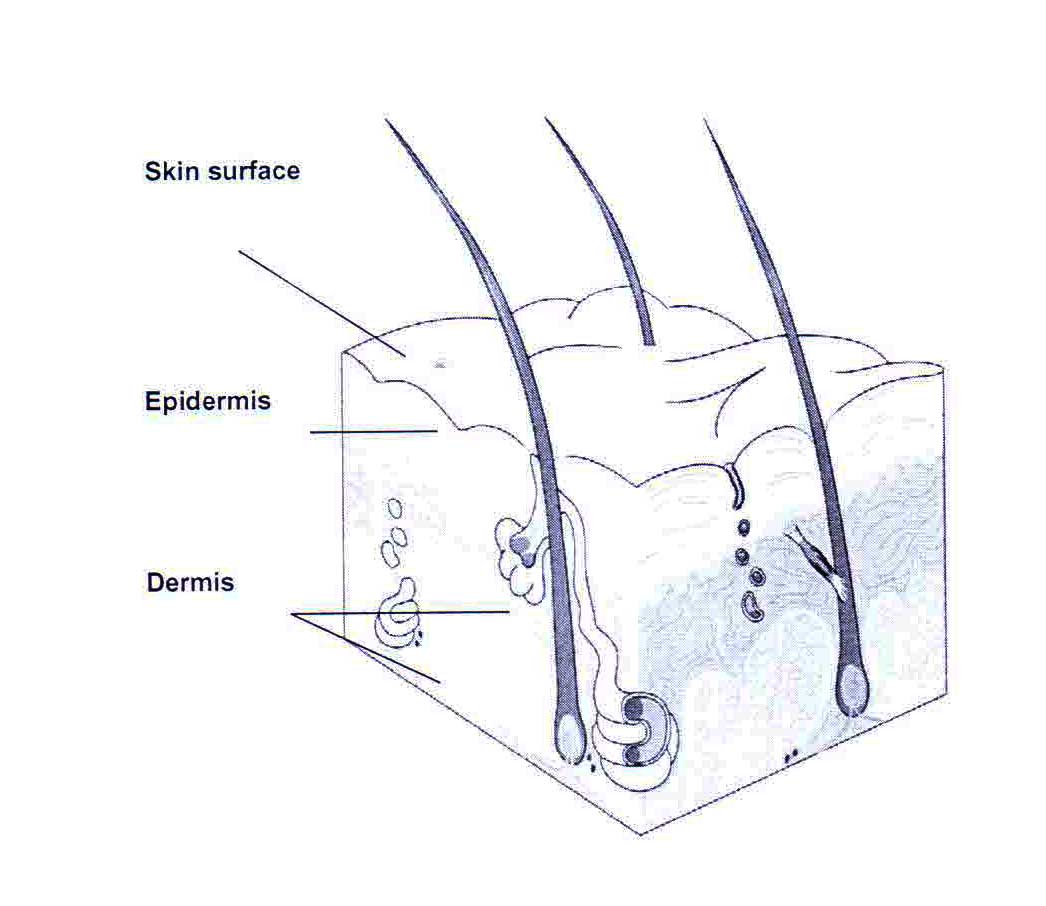 The epidermis is the outermost layer of the skin, and contains cells that give it color. The dermis, or the second layer, contains a vast network of blood vessels. The deepest layers of the skin contain hair follicles, sweat and oil glands, and sensory nerves. Just under the skin is a layer of subcutaneous fatty tissue.

Aroused Questions from this Chapter:

Ans: The position of a animal’s body at that the totality of its muscle groups have reached their stress that is cheapest. The place that is an anatomical person standing erect, with feet dealing with ahead, the arms at the sides, palms of the hands facing interior, and hands pointing along for individual beings.
2. Describe the location of a wound on a patient using anatomical references. Identify the approximate location of the injuries indicated by the circles. (Respond on the following page). 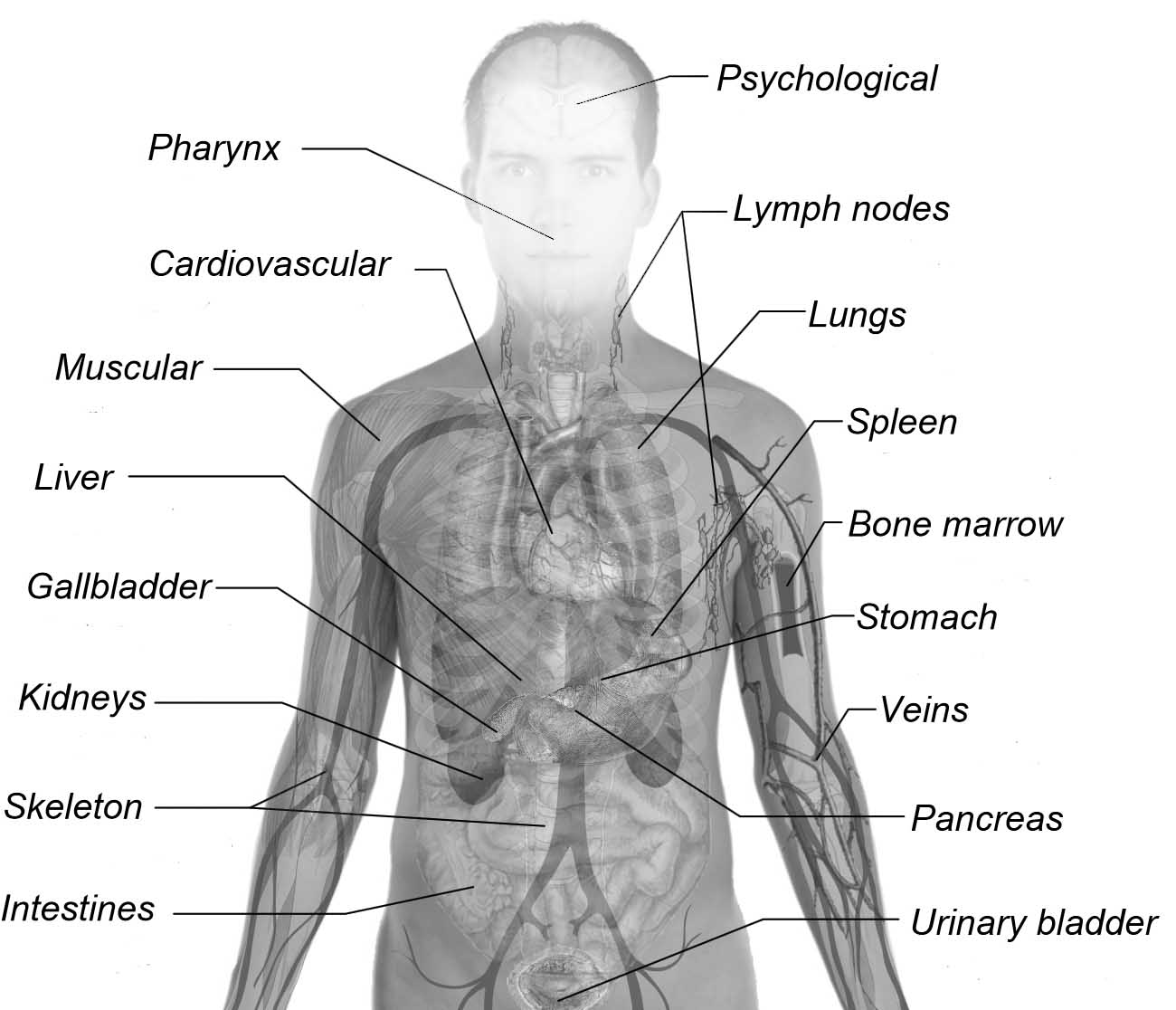 3. List the Four regions of the human body on a skeletal model.

4. List five cavities of the body and the organs they contain. 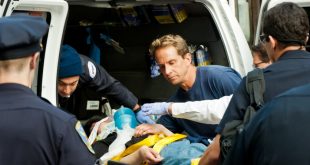 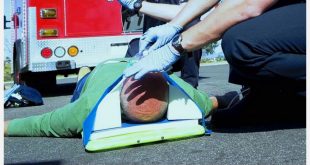 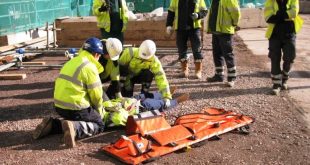 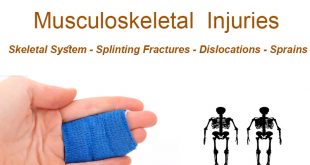 Upon completion of this lesson, you will be able to: Define an open fracture and …